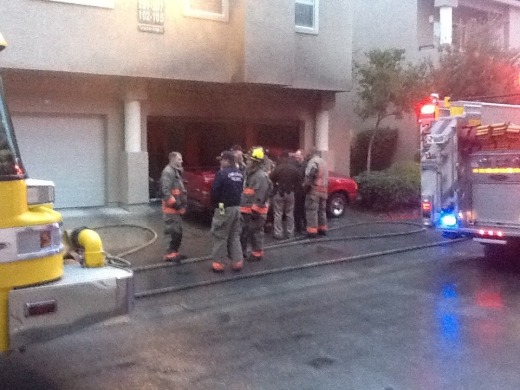 LAS VEGAS (KSNV MyNews3.com) — A man is in critical condition this morning at UMC after he was found unconscious shortly before 6 a.m. as firefighters fought a condo garage fire.

The fire was reported at 5:51 a.m. at Stone Ridge Condominiums, 2152 Turquoise Ridge Street (Sahara and Hualapi), according to the Las Vegas Fire & Rescue Department.

The middle-aged man was found near the entrance to the two-story condo. When firefighters arrived they encountered think, black smoke coming from the garage door.

Damage was primarily confined to the garage area with mostly smoke and some content damage estimated at $10,000.

The cause of the fire is under investigation. There were no other injuries.