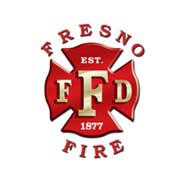 An 85-year-old woman is receiving treatment after firefighters rescued her from a burning home. The fire happened at a home on Echo and Floradora in Central Fresno.

Firefighters administered CPR to get her breathing again. They say the woman was in a wheel chair. At this point, it appears she has no burn injuries. 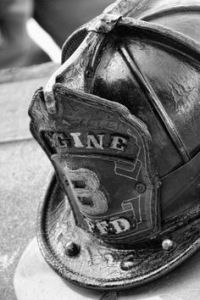 PROVIDENCE, R.I. — Firefighters extinguished a fire in a house on Early Street Monday morning and rescued an occupant inside.

The fire at 152 Early St. was reported around 1:10 a.m. and when crews arrived it was mostly in the front porch and front exterior of the house, said Providence Deputy Assistant Chief James P. Mirza.

Firefighters were able to make it inside the house, wake a man who had been sleeping there and escort him outside, Mirza said. The man was uninjured and was not taken to the hospital.

The fire was contained mostly on the porch with minimal spread further inside the house. It was under control within 25 minutes, Mirza said. 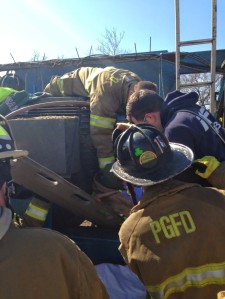 WASHINGTON — A man is recovering in a local hospital after he was trapped on a machine in a Prince George’s County recycling center.

Shortly after 10 a.m. Saturday, county firefighters went to the 2000 block of Kenilworth Avenue in Chapel Oaks to find the man — apparently in his late 20s. His legs were tangled in a conveyor belt, according to the Prince George’s fire department.

Crews were able to pull the man from the conveyor belt. He has traumatic injuries to both legs, and was taken to a nearby trauma center. The man’s injuries are serious, but non-life-threatening.

A man was rescued by firefighters after being trapped inside his car when a large pine tree fell on top of it in Beverly Hills Tuesday night.

Authorities received a call regarding a person trapped in a car at Lexington Road and Oxford Way. The strong winds had uprooted the large tree that had crushed the vehicle. It landed just inches away from the driver’s seat.

Firefighters arrived at the scene and used the Jaws of Life to cut through the roof and peel back the shattered windshield of the black Mercedes to pull the driver out.

The man, who was still conscious, was transported to a nearby hospital in an unknown condition.

The old pine tree spanned the width of the road.

“Anytime you have an accident like this and can walk away from it, so to speak, very lucky driver,” said Dave Grate, Beverly Hills fire battalion chief.

Gusty winds have also been felt in North Hollywood, where another tree toppled over and took down power lines.

In the Fairfax district, residents on Fourth Street heard a loud noise. It ended up being a small tree that had landed on two cars. 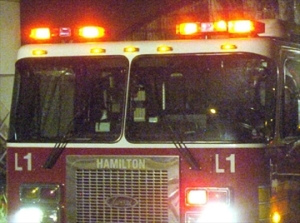 Hamilton firefighters used ropes and harnesses to rescue a couple stuck down an escarpment embankment near the Devil’s Punchbowl Sunday afternoon.

District Chief Mark Middleton said a man and woman in their thirties were exploring in the area and became stuck about 3.6 metres below an escarpment trail.

“People should be particularly careful hiking this time of year, because the weather conditions make the trails very slippery,” he said.

The call came in at around 2:30 p.m. and firefighters had the couple out within an hour. 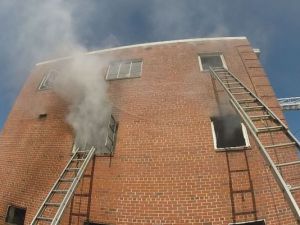 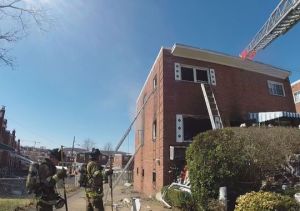 WASHINGTON (WUSA9) — A man is dead and a woman is injured after bthey were rescued from a Northeast, D.C. dwelling fire Sunday, according to D.C. Fire officials.

At approximately 10:55 a.m., fire officials say four fire companies responded to the 5800 block of Eastern Avenue NE and found a man trapped in a dwelling fire.

Fire officials say it was difficult to rescue that man due to extreme pack-rat conditions through the home.

Firefighters were able to knock out the fire and rescue the man. Fire officials say a woman was also rescued from the fire with non-life threatening injuries. 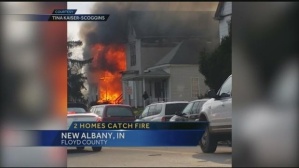 NEW ALBANY, Ind. —A woman was rescued Sunday when two New Albany homes that went up in flames in the 1800 block of East Market Street.

The roof collapsed while firefighters battled the blaze.

Battalion Chief Matt Hunter says the woman was rescued from the top floor of one of the homes.

“She was actually on her cellphone telling our dispatch exactly where she was. Smoky conditions, little hard to find her, we did eventually get to her,” said New Albany Battalion Chief Matt Hunter.

The woman was taken to the hospital.

Neighbors told a man on the first floor about the blaze and he was able to get out safely.

On Monday morning, there’s no word on what started the fire. 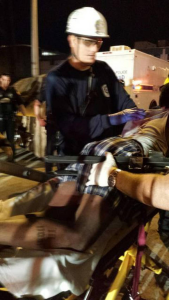 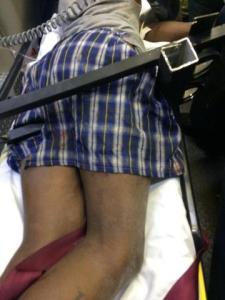 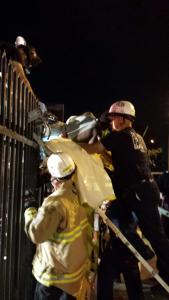 Last month,  someone was trying to break down the front door of the police department. He told police he was high on Flakka.

On Sunday, a man told police he just smoked Flakka before being impaled while trying to scale the fence around the department.

And here’s where you cringe. He tried to scale the fence but didn’t make it! He was impaled by a foot long spike.

“He was just dangling there,” said Asst. Fort Lauderdale Fire Chief Tim Heiser. “There was no way he could have gotten off. It was too high up and nothing to actually leverage himself with.”

Lucky for him, a Fort Lauderdale fire truck was already there gassing up and moments behind it was the tactical response team arrived with a big job ahead of them.

“His one leg was through here,” Fort Lauderdale Fire Tactical Response Lt. Rick Pardo points out on the fence. “The other leg was over here somewhere and his entire upper body was on the opposite side of the fence.”

That spike went all the way through, entering in his thigh near the crotch, exiting on the other side, through the buttocks.

It was a daring rescue using circular saws to cut away the fence. During the rescue, Neely had to remain perfectly still so he didn’t slit an artery and possibly bleed out.

With sparks flying around him, rescuers had him propped up using ladders and a back board, while cutting around him.

Fire rescue captured the moment he was freed on video.

“Nice and easy boys,” we hear someone say. Then the critical moment when he was freed and moved to the stretcher. With the spike still in him, Neely was rushed to Broward Health. Rescuers went in to the emergency room to help doctors cut away everything but the spike.

Despite dangling on a fence for more than 20 minutes, Pardo said Neely was one very fortunate guy. If that spike went in just a little to the left or right, this could have had a very different ending.

Neely remains at Broward Health Medical Center in Fort Lauderdale where he is recovering from surgery. He is also there for a psychological evaluation. 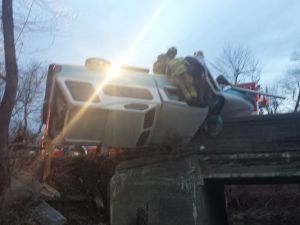 FLOYD COUNTY, Ind. (WHAS11) – Officials in Floyd County are investigating an accident where a truck was hanging above a creek bed Sunday.

The Lafayette Township Fire District was sent to Scottsville Road just before 7 a.m.

Officials say the truck had been traveling north on Scottsville Road from Paoli Pike. They say the truck drifted off the roadway, onto a guardrail and slammed into a concrete bridge support.

Crews say the truck was hanging over the creek which was 15-feet below. They say it took them an hour to get the driver out of the vehicle.

The driver did not sustain any injuries but was taken to the hospital as a precaution.

The Floyd County Sheriff’s Department is investigating whether the driver was under the influence.

KANSAS CITY, Mo. — An elderly man is recovering after being pulled from his burning home early Tuesday morning.

The fire broke out just before 2 a.m. near 46th and Bales.

Firefighters said that when they arrived, they saw flames and smoke pouring out of the back of the home.

Fire crews said they found an elderly man, who family identified as 77-year-old James Allen, in the back bedroom and had to pull him out of the home.

Allen was rushed to the hospital to be treated in the ICU for smoke inhalation.

Firefighters were able to extinguish the flames quickly, but the fire did cause significant damage to the home.

Investigators said they were still trying to determine what caused the fire. They did say the home did not have working smoke detectors.

“The tragedy is  we don’t have any working smoke detectors in this home and with the push that we have right now with free smoke smoke detectors… those are very valuable tools to get people out of house fire as safe as possible,” Battalion chief James Garrett said.