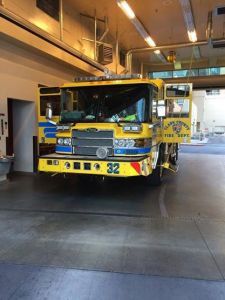 One person is in critical condition after a fire this morning at a residence in northeast Las Vegas.

The Clark County Fire Department reported that firefighters were called at 6:50 a.m. to 5851 Meikle. Flames were coming from the home when firefighters arrived four minutes later.

Firefighters extinguished the fire within 20 minutes and found the victim while searching the residence. In a media release, Assistant Fire Chief Sandra Baker said the victim was taken to a Las Vegas Valley hospital, where his condition was listed as critical.

The cause of the blaze has not been determined. Metro Police went to the scene to help firefighters investigate the cause.