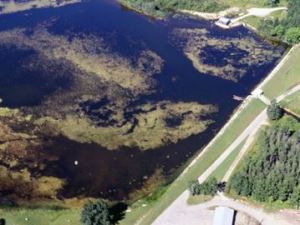 A couple kayakers were found alive and well following a several hour search and rescue effort at the Luther Marsh in Grand Valley.

Emergency responders from the Grand Valley Fire Department, Dufferin EMS and Wellington County OPP rushed to the conservation area at about 9:30 p.m. to rescue two kayakers stranded on an island during a thunderstorm on Wednesday night (Sept. 10).

There were three kayakers altogether, according to Grand Valley Fire Chief Kevin McNeilly, who noted only one of them managed reach the shore safely.

“For a shallow marsh, the chop on the waves was extremely rough,” he said. “Being in single kayaks, they just didn’t have the power to overcome it.”

The Luther Marsh isn’t equipped with the type of boats needed for a rescue mission, McNeilly said. Emergency responders had to call officials from Centre Wellington to assist in the search.

“Centre Wellington has a couple of Zodiaks,” he said. “After several hours, we managed to come across the two that we located on the back side of one of the islands.”

McNeilly said the kayakers were found in decent health. The fire chief noted they were lucky it was a fairly mild night.

“They covered themselves up with some reeds and pulled their (kayaks) over top of them to keep warm,” he said. “When we did get them, there were no issues with them being really cold.”

If the kayakers had known a thunderstorm was forecasted for the area, McNeilly suggested they wouldn’t have even ventured out onto the lake.

As a result, he advises people to check local weather reports before heading onto lakes, rivers or streams.

“It just makes you wonder,” McNeilly added. “They weren’t fully prepared. They reacted just way too late to get off the water.”