Firefighters are making SAVES everyday from FIRE, by going INTERIOR!! 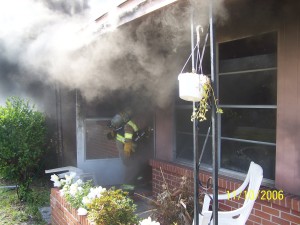 Nearly 3,000 Americans Die Every Year inside House Fires. Yes they die inside, trapped by Smoke and Fire. We the Fire Service swore to protect and the Public expects us to be trained and ready for entry. Ready to Use our $2,000 dollar air packs, $2,000 Gear, and $10,000 Thermal Imager. I attended FDIC for the First Time back in the 90s and was fortunate enough to hear Bob Pressler speak on the Big Stage about how many Americans “1,000” could be dying each year because of a lack of trained Firefighters responding and conducting proper SEARCHES!! I remember Fire Service Leaders questioning VES and Searching without a HOSELINE. Firefighters are DYING on the Hose line, not from VES and SEARCHING. Firefighters are not dying from Interior FIRE ATTACK; they are dying from a lack of understanding Basic Fire Ground Tactics and when to perform. Almost every RESIDENTIAL LODD in the last 15 years was not because they shouldn’t have been inside, but because of what they were and were not doing before and during the Tactical Deployment. This website has only been up for 9 months and has documented HUNDREDS of RESCUES and there have been a few LODDs from Interior Fire Attack. Ask the Public their opinion on the ODDS and the data. We are RESCUEING a lot more Civilians, than we are losing Firefighters from interior Fire Attack. Fire fighters are dying from being FAT/OVER WEIGHT. They are dying from driving TANKERS/TENDERS too FAST for roads and conditions.

A large number of residential LODDS were from FLASHOVER/Rapidly Changing Fire Conditions. It seems as if most of them, the Interior Crews were advancing and not flowing. We need to train more on Flowing while advancing and understanding BLACK FIRE. I first heard of Black Fire when sitting in Andy Frederick’s Class at FDIC. That was 14 Years ago and we still have firefighters advancing with an attack line in their hand, through thick, hot, black smoke. Going inside a house fire is not the issue in the American Fire Service. The issue is Interior Attack Training. Live Burns that set recruits up for failure. Leaders worried about water damage. We are always looking for some new fad or simple fix. We have proven from decades of interior fire attack that taking a line inside is the best way to protect LIFE and PROPERTY. I started teaching Gallons Per Second nearly ten years ago and advocate hitting a FIRE with BIG WATER and sometimes a 2.5” from the outside on a residential structure fires. But, I advocate this for one purpose, to allow for a faster interior attack. We now have FDs starting to apply water from the outside at all fires and closing the door while crews are advancing a line through that same door, to limit O2. I am not against controlling the door, but if the fire you’re at is so volatile that making entry with the attack door remaining open is an issue, you may want to just STAY OUTISDE. I have been standing in the front yard for the last ten years and when trained firefighters properly stretch, force entry, and advance with proper nozzle control/understanding when to FLOW, there seems to be a rapid extinguishment process from the inside. One of the BIGGEST ISSUES is, a lack of understanding the BIG THREE of an Attack Line.

A bigger Line, Flowing more water is not the always the answer. You must have balance. When making an interior attack of a residential structure, you need the ability to flow while advancing and have a line that will bend around multiple corners. This line must also have the ability to maintain stream reach even when kinks have been created. YES!!! I DO NOT SUPPORT anything bigger than a 15/16 on a 1.75” attack line that is going inside a RESIDENTIAL STRUCTURE. I actually prefer the 7/8 flowing 160 GPM 2.5+ GPS. The 7/8 tip on a 1.75” gives us what we need at a nozzle reaction of 63lbs or less. This gives you the DESIRED AMOUNT, REACH, and MOBILITY. I am wondering where all these new experts were ten, fifteen, and twenty years ago, when the experienced URBAN firefighters were telling us to go through the front door even when fire was blowing out that same door. They advised a smooth-bore or straight stream. They advised flowing water and cooling the BURNING SOLID FUELS. Chicago has been doing QUICK WATER since before I existed. We still have the latest recruit manuals talking about attacking from the unburned side and fog attacks. More firefighters need to read Fire Stream Management Handbook and Firefighting Principles & Practices. I look back at all the firefighters, I wasted time arguing with over fog vs SB, burned vs unburned, front door vs back door, opposing streams, flanking streams. I am convinced that just because it’s in a book/magazine doesn’t make it right. I support the UL studies and even assigned the nine companies in my battalion to complete all the online UL classes. I built a class tilted DEATH ON THE NOZZLE. This class utilizes the UL Test and my 25 years of experience on the fire ground. The problem is when firefighters starting dragging their attack line around back of a one story ranch, to put water on a one room fire, in a rear bedroom of a house on a slab. They should be going straight through the front door. The fire service loves to throw out the old and jump on the new. Are you teaching something because you’ve personally seen it work or it’s the latest fad and you can make money/a name for yourself? Make sure your beliefs have been TESTED under FIRE at 0200 with civilians trapped..