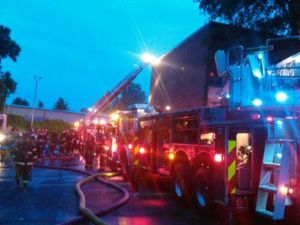 NASHVILLE, Tenn. (AP) – Officials say a fire reported at an old Nashville hotel, a day after it had been analyzed as a safety risk, has been ruled suspicious.