Escambia County Fire Rescue, Florida
Engine Company 4 under the Command of Lt. Bryan Caro arrived at single family dwelling before 2100 hours on 11-2-2018 to observe heavy smoke and fire venting through the roof of a newer single story private dwelling. After completing a 360 Lt. Caro decided to make an Aggressive Interior Fire Attack through the back door “charlie side” on a Working Kitchen Fire that had already extended to the attic and was rapidly spreading. Lt. Caro confirms his nozzle Firefighter gets water on the fire and then breaks off to start an Engine Attack Search of the unburned portion of the house and located an unconscious female in the hallway leading to the bedrooms. He rapidly locates an exterior door “front door” and removes her to the exterior where she received medical care. Lt. Caro reenters to complete search and confirm extinguishment. Lt. Caro performed based on his 20 + years of experience with Escambia County Fire Rescue and his commitment to training over that 20+ years. Lt. Caro credits the Training and Trust of his entire company to this successful fire attack and rescue operation. Engine 4 crew Lt. Brian Caro , Driver Brandon Chambless, Nozzle FF Matthew Callahan, Irons Eric Irigoyen. 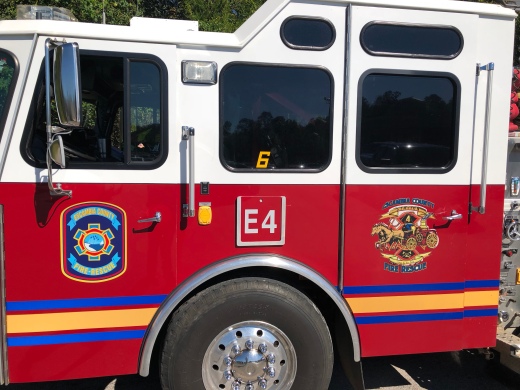