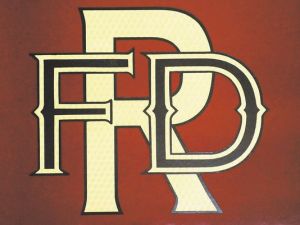 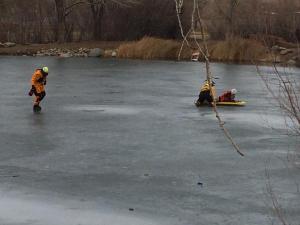 Crews rescued a child from a frozen pond near a Reno park Friday afternoon, firefighters said on their Twitter feed.

A 12-year-old boy was safely pulled from a pond at Teglia’s Paradise Park just before 1 p.m.

“Today’s rescue was quick and had a happy ending,” he said.

Spencer said about three or four boys were playing on the ice alone without parental supervision.

“Several boys were out on the ice throwing rocks trying to break the ice,” Spencer said. “One of the boys made it to an island.”

“A city of Reno maintenance worker was putting out up signs warning people to stay off the ice, when he saw the boy,” he said. “He told the kid to stay put and then called us.

“That was a great thing.”

By the time firefighters arrived, all the other children had left, Spencer said.

The incident came a day after firefighters received a call of a three boys who were playing on the ice of a south Reno Lake.

The rescue ended with the death of a 13-year-old boy after he fell through the ice of the pond behind The Vintage Condominium Rentals apartments along South Meadows Parkway.

The boy from Thursday’s incident died at about 6:30 p.m. at Renown Regional Medical Center.

Spencer said the fire department often receives calls for ice rescues in the winter months, particularly calls to rescue children. He said the ice is “very tempting to children.”

“Under no circumstances, whether ponds or lakes or anything like that, no body should be out on the ice,” Spencer said. “Even though we’re in the middle of winter and people expect the ice to be thick, because of the warmer temperatures, the ice thins out and it’s dangerous.